Last Wednesday, the two Houses of the National Congress held their sessions remotely for the first time in history. In halls full of screens, with representatives present on the premises – taking the prudent distance – and also in the distance, the Argentine Legislative Branch resumed its activity after a month and a half of having decreed social, preventive and compulsory isolation.

Without a doubt, the crisis caused by the coronavirus required that public institutions reformulate themselves, not only to face the pandemic, but also to continue guaranteeing the rights of citizens. During the month of April, the President of the Senate presented a declaratory action of certainty before the Supreme Court of Justice, raising the need to meet, especially for those issues that cannot be resolved by decrees of necessity and urgency, such as matters of matter. tax and criminal. The specific question was whether it was constitutionally possible for the Senate to meet through digital means because it was facing a situation of institutional gravity generated by the COVID-19 pandemic, which is foreseen as an exception to the face-to-face sessions in article 30 of the regulations of the High camera. Although the Court rejected the action because it considered that it was “inadmissible” to rule on the matter, this did not prevent it from making some additional considerations in this regard.

In this sense, in the majority vote (Ricardo Lorenzetti, Juan Carlos Maqueda and Elena Highton de Nolasco and Horacio Rosatti voted in the same direction and Carlos Rosenkrantz rejected in limine) it was that the court stated that:

“To carry out the sessions of the Senate under a remote modality instead of the traditional face-to-face orbit within the proper attributions of the Legislative Power referring to the instrumentation of the conditions to create the law […] the possibility that the Senate may meet remotely it does not interfere with the way in which the Constitution imposes on that Chamber to exercise its powers ”(Cons. N ° 16).

In other words, the Constitution does not indicate anything about “the physical or remote modality of its sessions”.

Later, the sentence adds that “… the continuity of the task of legislating the National Congress is absolutely essential for the normal development of the constitutional life of Argentina”, corresponding to the Senate “to arbitrate the necessary mechanisms to facilitate the realization of their highest reason for being, which is the representation of the people of the Nation in the deliberation of their affairs ”(Cons. Nº 17). Finally, the Court resolves that “the Senate of the Nation has all the constitutional powers to interpret its own regulations regarding the virtual or remote way of sitting, without resorting to the Supreme Court of Justice of the Nation; therefore, the initiated action is rejected”.

Will it be enough to close the way to future issues of unconstitutionality on the way of meeting? What will happen in the event of conflicting bills that require extensive debate?

The Wednesday session had as a first step to vote the protocol that establishes the new modality, with a validity of 60 days, extendable if social, preventive and compulsory isolation is extended. Then, the validity of twenty Decrees of Necessity and Urgency signed by the President of the Nation was voted to mitigate the effects of the coronavirus pandemic. The debate lasted for five and a half hours (it is recommended that virtual sessions do not last more than 6 hours, to avoid technical problems), with presentations of more than 20 speakers and without major inconveniences, except for two brief technical interruptions.

A few hours later it was the turn of the Chamber of Deputies, which met with 193 representatives remotely and 47 on the premises. First, the protocol establishing the virtual session mechanism was approved with a special majority while social and compulsory isolation lasts. Then, a bill exempting from Income Tax payment was approved unanimously for public and private health professionals, personnel of the armed forces, the security forces, migratory activity, customs activity and firefighters, among other essential activities. Finally, also unanimously, a Protection Program for health personnel in the face of the COVID-19 pandemic was approved.

However, after the premiere of the telematic system in both houses of Congress, doubts arose as to whether this virtual modality would be viable to discuss controversial and more complex bills of consensus. In this sense, representatives of the opposition expressed that in the first session only a tenth of the legislators were allowed to make speeches, with the rest remaining silent. Some fear has also been expressed that the remote modality may curtail some political rights of male and female legislators, and they insist on finding a way to resume the face-to-face dynamics. However, on the part of the ruling party, they point out that there is no doubt that technology should begin to form part of the daily life of Congress.

What is digital democracy?

It is understood that digital democracy or e-democracy is putting the Internet and technology at the service of citizens, so that they contribute to the consolidation of the democratic system. The technological revolution has been present for several years on issues that concern public management and citizenship, and has resulted in great benefits for citizen practices such as participation, freedom of expression, access to public information, transparency and surrender of counts. It is necessary to understand that the Internet plays a fundamental role in all these processes, since it allows citizen empowerment and breaks down barriers that traditional systems present, which generates impressive possibilities and without historical precedent.

In this sense, there is no doubt that the virtual sessions of the Legislative Powers are an expression of these unimaginable possibilities that technology gives us. In many cases, at both the national and provincial levels, legislatures have already been holding workshops, committee meetings, and training through this medium. In addition, there are several provinces whose Legislatures have been meeting in this way (for example, Mendoza, La Rioja and Córdoba). At the regional level, the first countries to meet virtually were Brazil, Chile, Ecuador, and Paraguay.

However, these mechanisms present a series of difficulties that do not occur in person, for example, when it comes to guaranteeing the stability of communication channels (and that there are no disconnections or technical problems that could invalidate the debate and voting), to prove the identity of those who participate and to guarantee minimum conditions of computer security and protection of personal data and sensitive information. Without forgetting, in addition, that in many cases the use of these technologies required prior training and technological literacy.

Despite these challenges, we know that these processes are here to stay, and that they will continue to be implemented beyond the pandemic. Like teleworking, telemedicine and virtual education, the use of new technologies in the public administration is increasingly frequent, which requires an agile, modern, efficient and innovative State, which also does not lose sight of the protection of the human rights of citizens.

What happens to state activity beyond the legislative?

We understand that it is essential that the State promote the full functioning of all public institutions, and not only to attend to the specific solutions that this context demands. Suspending administrative activity for long periods can hinder access to basic rights, so it is key that the activity be resumed as soon as possible, and by digital means if necessary.

In the same sense, the Judiciary, although in many jurisdictions where there is greater flexibility in isolation measures, has already resumed work in person, in those with higher housing density it is still with suspended deadlines and carrying out a kind of extraordinary judicial fair. However, essential and emergency services are being guaranteed. Teleworking, receipt of electronic writings, incorporation of digital signature, hearings by videoconference and transmitted by social networks, receipt of complaints by instant messaging systems, authorization of permanent hotlines and online mediations are some of the initiatives implemented. There are even some courts that ordered to notify the claims by WhatsApp.

More technology, but for more rights

The virtual sessions of Congress during the next few days will surely be the stage for discussion of issues that have to do, precisely, with the use of technology. Either to regulate and limit its negative consequences, with the recognition of what is known as the “right to digital disconnection” in the face of increasingly expanded forms of teleworking, or to facilitate access to certain rights, such as case of digital medical prescriptions, whose project already has a favorable opinion from the Health and Social Action commissions of the Chamber of Deputies and will be discussed soon.

If technology is here to stay and its use in public institutions, especially Congress, is going to intensify, policies to reduce the digital divide must also be intensified. In this way, it will enable all citizens to enjoy its benefits, by being able to witness, for example, the legislative sessions. Technology should not become just another mechanism of social exclusion and privilege for some.

There is surely much to reflect on when thinking about the challenges in relation to citizenship and democracy in technological environments. With their enormous complexity, new technologies are always means at the service of the ends that each person and each society decides to pursue. For this reason, we believe that it is necessary to learn to use the digital world for the promotion of values ​​such as openness, tolerance, democracy, debate and human rights. 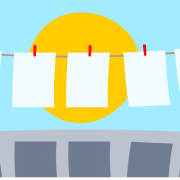 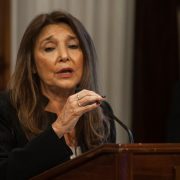 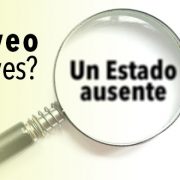 The World Bank, the IDB and the CAF commit financing for Argentina in the context...