The Province called a table to update the map of law 9.814. The different positions of the rural sectors and the environmentalist and ecological NGOs do not reach an agreement that allows to raise a project. According to expert studies, the province has 3.6 million hectares of native forest.

As in 2009, when the law that created it was enacted, the territorial planning of the native forests (OTBN) of Cordoba continues to pose irreconcilable differences between the rural sector and environmentalism.

This year, the Province convened a table to update the map of Law 9.814, which paints these ecosystems in three colors, according to their state of conservation and permitted activities. But in this space, the different positions of the rural sectors and environmentalist NGOs and environmentalists do not reach an agreement that allows to raise a consensual project for the Legislature to approve.

A few days ago, the Argentine Agrarian Federation (FAA) made clear its position that Cordoba’s OTBN is “oversized” and requires a sincere. 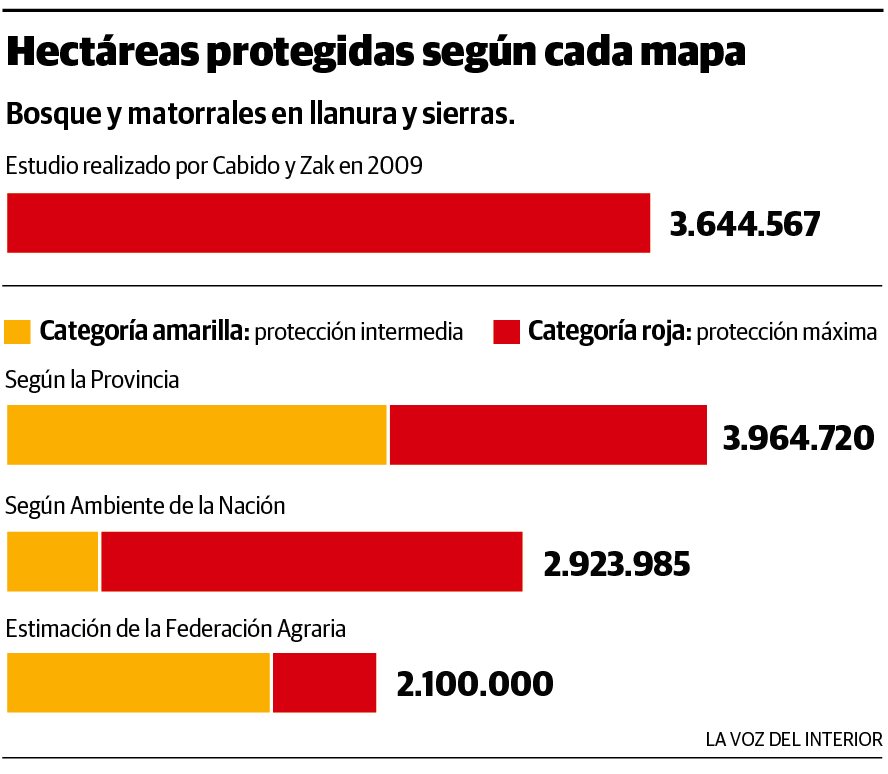 The work was carried out in 2009 by the ecologists Marcel Zak and Marcelo Cabido, and it is the scientific study of the native forest more detailed Cordobés to date. The count includes open forest, scrub in different states and halophyte ecosystems (saline environments).

The current provincial map adds four million hectares, that is 1.9 million hectares more than the idea of ​​the FAA. “The very serious distortions that originated in the initial map and throughout the regulatory stage of the law plus arbitrary and discretionary management by the enforcement authority resulted in a misclassification of conservation categories,” they point out from the FAA.

One of the FAA’s arguments for reducing the protected area is the same as the one outlined by the Confederation of Rural Associations of the Third Zone (Cartez) a few weeks ago: the human being must manage the land with degraded autochthonous environments such as scrubland, For the forest to return.

Environmentalists argue that these shrubs provide most of the ecosystem services by which the law decided to protect forests such as maintaining soil fertility, regulating water and climate and sequestering carbon dioxide responsible for climate change.

“To want to exclude vegetation structures from the OTBN simply because they have not reached their state of maximum tree development is not correct, according to the criteria proposed by the different resolutions,” said a document signed by members of the Cordoba Environmental Forum, the Peasant Movement of Cordoba , The Foundation for the Development of Sustainable Policies (Fundeps), several institutes of the National University of Córdoba and the Conicet. They also argue that the law does not allow recategorization to classifications of lower value, as they propose from the rural sector.

The ruralists want silvopastoral production. Environmentalists argue that silvopastoral activity in the yellow zone should be subject to an environmental impact assessment process and that the law does not allow the selective clearing or implantation of exotic pastures.