‘The open government honeymoon is over’. With that phrase, Nathaniel Heller, executive vice president of the OGP; He opened the days that took place at the Kirchner Cultural Center and sought to call for reflection on the effective application of the principles of the alliance.

Founded in 2011 from the initiative of the United States and Brazil in the General Assembly of the United Nations, the OGP has managed to nuclear to more than 70 nations. Until now, the alliance has become a repository of action plans and commitments of the various countries that make it up. The goals proposed by the States parties to this initiative have been aimed at improving standards of transparency, accountability and collaboration.

These principles proposed by the OGP, are no more than the original pillars of democracy. Open government is the ‘new’ paradigm that seeks to reformulate the role of the State with respect to citizenship. It seeks that institutions establish a ‘conversation’ with the populations, to make them participants in the processes of creation, execution and control of public policies. Until 2017, most of the commitments in the action plans corresponded to actions to release data and access public information without the need to emphasize many issues that could be considered controversial (environment, health, gender, extractive industries, natural resources, financing of political parties, among others). However, this Regional Meeting aimed to highlight good practices regarding citizen participation, accountability and transparency applied precisely to these areas that have lately been in the eye of the storm of international politics. The inaugural phrase of this event (cited above) aimed to highlight the need for the OGP to go one step further and be able to tangibly demonstrate how its principles can effectively improve people’s lives.

So far, the efforts of the OGP States have sweetened the ears of those of us who share their principles. But it is necessary that there are specific actions aimed at shaping a new type of State. The problem with the AGA has been that so far it has placed too much emphasis on the National Executive Powers (PEN) and little on the other powers and even on the subnational governments. The structure of OGP until 2016 only managed to support PEN initiatives.

After the launch of the pilot program for subnational governments in 2016 and the incorporation of a greater number of commitments by the legislative and judicial branches in several countries; it can be said that OGP is expanding its spectrum. However, there is still much to be done to achieve a true institutionalization of this new culture of openness. The second problem with the alliance is that in most of the member countries, the entity at the institutional level responsible for carrying out the relationship with OGP, is not part of the national organizational structure and lacks its own budget. This situation leads us to think that OGP is an initiative that today is subject to political fluctuations and management priorities. It is not a culture that translates into the planning of all public policies of the States.

Throughout the event, the urgency of moving from a paradigm of ‘open government’ to that of an ‘open state’ that expands the policies of transparency and accountability was stressed. This, in a vertical way towards subnational and local governments; and horizontally towards the legislative and judicial powers. Likewise, the need to efficiently and effectively involve the involvement of civil society in the processes of co-creation and co-implementation was highlighted. Both in the national action plans, and in public policies in general.

The paradigm of open government seems to be implemented at different speeds throughout the world, and within each State as well. Argentina, is a case witness of this situation. Many open government initiatives can be collected throughout the country; However, this develops in a very dissimilar way. While provinces such as Córdoba, Buenos Aires and Santa Fe have set up specific government agencies to advance open government policies; Provinces such as Santa Cruz and Río Negro do not have this type of institutionalization of the paradigm. The same happens at the municipal level.

This situation hinders the articulation between the different governmental levels, and therefore the application of the principles of open government is deficient. Local governments have become a fundamental piece for the effective concretion of transparency, accountability and participation. The proximity of local administrations with citizens is the key that gives these governments this importance for the implementation of this culture of openness. The Regional Meeting highlighted this important role and provided the space for the knowledge of good practices already implemented at the local level.

On the other hand, the participation of FUNDEPS was signated to the presentation in a panel about infrastructure projects and public works. The objective was to highlight some cases of large infrastructure projects in the Province of Córdoba, in which standards of transparency, accountability and participation were not applied. During the exhibition, we brought up the cases of the expansion of the sewage treatment plant (WWTP), the construction of the trunk gas pipelines and the development of the Carlos Paz Environmental Center. The panel also had the presence of the Environment and Natural Resources Foundation (FARN), a representative of the public procurement sector of Chile and a representative of the Initiative for Transparency in Construction (CoST). The purpose of the session was to reflect on the importance of defining better standards of transparency and citizen participation in this type of project.

This panel, in particular, was one of many that sought to demonstrate the need to apply open government standards on specific issues. Specifically, in those issues that today are particularly sensitive for some States (climate change, natural resources, budget, extractive industries, among others). The OGP is born to achieve a modification in the institutions, in such a way that the confidence of the citizens can be recovered. For this, it is essential that citizens can see that their lives are modified in a positive way based on the application of these principles. In this regard, it becomes more than necessary that the open government paradigm can be expanded to all branches and levels of government. It is about moving from an open government to an open state. 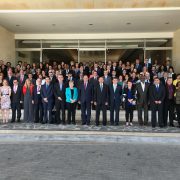 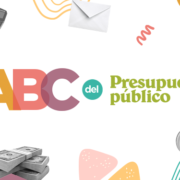 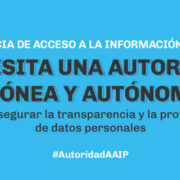 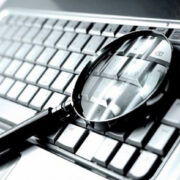 Effective access to reparation measures at the center of the debate of the 6th...
Scroll to top