Every 30th of October the day of the recovery of democracy in Argentina is celebrated; to remember the moment in which culminated de facto period that extended from 1976 to 1983. Today, 35 years of the elections that granted the position of president to Raul Alfonsin, it is still difficult to speak of transparency and accountability in the processes Electoral elections.

In July of this year, a preliminary judicial investigation was opened based on revelations that journalist Juan Amorín published on the website El Destape regarding the 2017 legislative campaign of Cambiemos in the province of Buenos Aires. According to the information, more than 200 beneficiaries of social plans appear as contributors to that coalition, as well as many people who appear as affiliated to the Pro and who denounce never having affiliated to that group. The case was initiated by the federal prosecutor with electoral competence, Jorge Di Lello and then turned over to the court with Buenos Aires electoral competence that is under the jurisdiction of Judge Adolfo Ziulu.

Simultaneously, the National Electoral Chamber as the highest authority for the application of political-electoral legislation, through an internal audit objected to the accountability of the electoral campaign of Change for the 2017 elections. In addition, the audit warned of other irregularities such as contributions made by companies or entities prohibited by law. In this way, the entity advised Federal Judge Adolfo Ziulu not to approve the accountability of the change campaign in the face of the primary elections of last year.

Also, as a result of the aforementioned publication, two other causes were initiated. One of them is instructed by Judge Sebastián Casanello and prosecutor Carlos Stornelli, and the alleged money laundering is investigated when the origin of the funds is unknown. The other began with the denounce of the deputy Teresa García (FPV) for the possible commission of acts of identity theft, forgery of documents, money laundering, and violation of secrets and privacy. It was in the court of Ernesto Kreplak. As a result, the government of Mauricio Macri hastened to send to the National Congress a project to reform the financing system of political parties, with the aim – among others – to prohibit the contribution of cash in electoral campaigns and to enable the contribution of legal persons.

The Center for the Implementation of Public Policies for Equity and Growth (CIPECC), an independent, non-profit, non-partisan organization, argues that since the national electoral reform of 2009, Argentina has a system of financing parties and campaigns national elections that are based mainly on public contributions. The norm, until now, was applied in three electoral processes and served as a framework for the exercise of ordinary financing of the parties.

CIPECC analyzes that the balance of that accumulated experience is uneven. On the one hand, an equity floor is guaranteed by allowing all parties and candidates to access the mass media. On the other, there are strong indications that most party and campaign spending occurs informally, either in the form of undeclared contributions and expenditures or the abuse of public resources for partisan purposes. This informality has detrimental effects on the transparency and integrity of democratic institutions: it interferes with the right of every voter to make an informed vote; it facilitates the capture or influence on the part of the interests of particular groups and generates the risk that partisan and electoral politics will be financed with money coming from illicit activities.

The importance of accountability in electoral campaigns denotes the need to have an open government in this regard. An open government is a transparent government, that is, a government that encourages and promotes accountability to citizens and that provides information about what it is doing and about its action plans. Also, it is a collaborative government which implies a government that commits citizens and other actors, internal and external to the administration, in their own work. Finally, a participatory government, which means that it favors the right of citizens to participate actively in the shaping of public policies and encourages the administration to benefit from the knowledge and experience of citizens.

Transparency does not bring value by itself if it is not linked to accountability. Thus, while transparency privileges an informative condition, the rendering of accounts implies the presentation of evidence that leads to argumentation to justify the exercise of authority or the assigned responsibility. There are organizations that work to promote this transparency. The Open Government Partnership, in English known as OGP (Open Government Partnership), is a multilateral initiative that involves governments and civil society organizations to promote transparency, participation and government innovation. Argentina joined in 2012 and today has its third Action Plan underway. Among the agreed commitments is the preparation of a bill for the financing of political parties that addresses the problems identified and guarantees access to information by citizens. The aim is to guarantee the visibility of the origin and destination of the funds destined to finance the policy, the knowledge on the part of citizens online and in real time of the transactions made with the campaign funds in the campaign and the citizen control over how the parties are financed. .

What happened in the legislative electoral campaign in 2017 demonstrates the immaturity stage of our democracy. In view of the 2019 elections, then, it is imperative that citizens be alert and demand that accountability be present at all times. The results of the research, emerged from a source accessible to the whole society, open data that we had at our disposal. This finally shows that it is the responsibility of the citizens to appropriate the information that the State publishes to control the acts of government. 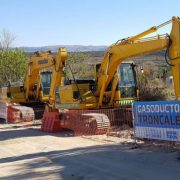 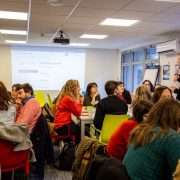 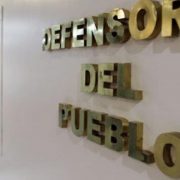 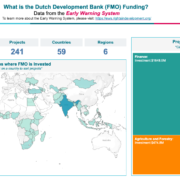 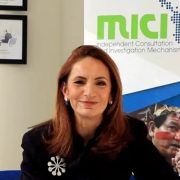 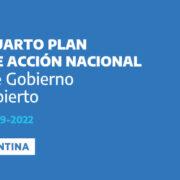 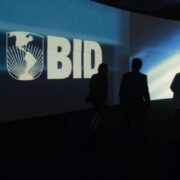 Considerations on the crime of abortion and injuries to the unborn person in...
Scroll to top