A study in the capital of this province shows that in Córdoba, tobacco companies continue to advertise their products at points of sale through shelves and exhibitors.

CORDOBA. Smoking is an epidemic that represents a global problem with devastating health, social, economic and environmental consequences. Today it is responsible for more than 6 million annual deaths worldwide and for health and environmental costs that exceed tax revenues from tobacco taxes. This epidemic takes more lives than tuberculosis, AIDS and malaria together, and represents the leading cause of preventable premature death globally. Every year, 600,000 people die from smoking due to exposure to second-hand smoke, of which 1 in 4 are boys and girls.

Since one is born is exposed to stimuli that position the act of smoking as synonymous with success, sensuality and security. From movies to cartoons, our unconscious is suggested by the idea that smoking is normal, sexy and pleasurable. Who does not remember Clint Eastwood in “The good, the bad and the ugly” as a stereotype of a hard and righteous man, smoking a cigar after killing the bad guys? Humphrey Bogart, Agent 007, James Dean, Sherlock Holmes or John Travolta are examples of being a smoker is part of the success. A study by the British Medical Journal claims that tobacco companies paid millions of dollars to Hollywood stars in exchange for promoting their brands in feature films.

Women also did not escape the association of smoking with female liberation, emancipation, rebellion and the idea that smoking complements a femme fatale perfectly. The situation is outrageous if we consider that there were also interests for cartoon characters to smoke: we saw smoking on the small screen at The Picapiedras, Tom and Jerry, Professor Jirafales, Popeye, Bugs Bunny, Speedy Gonzalez, Lucas Duck, Porky Pork, Pinocchio, Peter Pan, Tribilín, Donald Duck and even the Argentine Pucho smoked his cigar with apparent pleasure.

In this context, it is not surprising that the onset age of people in tobacco consumption is at 12 or 13 years, after a whole childhood to which they were exposed to stimuli of this type.

The Argentine tobacco regulation law, enacted in 2011, seeks to protect citizens from the impact of smoking and reduce harm, especially in children and adolescents, who are more vulnerable to advertisements and promotions.

This law meant the end of campaigns, commercials, sporting events and fashion shows sponsored by cigarette brands; By restricting advertising, promotions and sponsorships: only ads are allowed in points of sale, in publications of companies in the sector or through direct communication, with consent and verification of the age of potential recipients.

Although this legislation meant an advance, in our country still 44 thousand people die every year due to diseases derived from smoking. One in four adults smokes. The health cost attributable to this cause is 33 thousand million pesos per year, much more than the tax collected for tobacco and 12% of the total budget allocated to public health in our country.

A survey that we carried out in Córdoba showed as the main result that the exhibition of cigarette packets is the main strategy of companies to promote their products. The regulatory decree establishes conditions regarding advertising, but says nothing about the exhibition. Thus, an advertisement should not be more than 30 x 30 cm, be static, have two dimensions, have no light or be seen from the outside of the point of sale and be accompanied by the corresponding health message. But nothing says expressly about the display of products through shelves.

The data collection instrument used as a reference a protocol developed by the California Tobacco Advertising Study. The industry promotes consumption with strategies that reach everyone. Taking advantage of the legal vacuum, they comply with the conditions on advertising, but dedicate resources to the exhibition. In terms of visibility and brand promotion, the effect is as strong as that of advertising.

In areas where there is a greater investment in promotional items are those that concentrate more students. The images and messages naturalize the consumption, favor the identification and memory of the marks, and increase the need to smoke even in people who try to leave it.

In this context, it is essential to establish a ban on advertising and promotion of tobacco products, without exceptions. According to studies conducted by WHO, the elimination of any form of advertising, promotion and sponsorship is one of the most effective measures to prevent consumption. Thus, it would follow the line of provinces like Santa Fe or Neuquén, or of countries like Colombia, Uruguay or Panama.

For this reason, we present a bill to the Health Commission of the Córdoba Legislature, which prohibits the advertising and promotion of tobacco products without exceptions, including all strategies for displaying products at points of sale.

This is a complex situation, which must be approached with comprehensive policies, from various angles and with the commitment of many actors in society, but without ignoring the fundamental role that the State can play in the prevention of these diseases.

Some data to highlight as a result of the survey 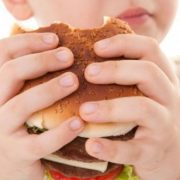 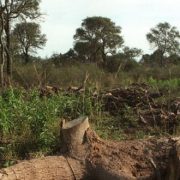 The law that prevents promotion is mocked