On the day of the date, the Escazú Agreement is opened for signature at the 73rd General Assembly of the United Nations, in New York. The agreement adopted by 24 countries of the region on March 4, will be open for signature by the 33 countries of Latin America and the Caribbean (LAC) until September 26, 2020 and will need the ratification of 11 countries to enter into force.

The treaty seeks to guarantee the full and effective application of Principle 10, embodied in the Rio Declaration on Environment and Development of 1992, in Latin America and the Caribbean. For its part, Principle 10 seeks to ensure that everyone has access to information, participates in decision-making and accesses justice in environmental matters, in order to guarantee the right to a healthy and sustainable environment of present generations and future.

The importance of the Escazú Agreement is that it is the first of its kind in the world that includes specific binding provisions for the protection of individuals, groups and organizations that promote and defend human rights in environmental matters. Likewise, it is the only binding treaty issued by the UN Conference on Sustainable Development (Rio + 20).

In particular, for Argentina, which is characterized by having the highest deforestation rates in the world, as well as the lack of access to environmental information and the lack of participatory public policies, the entry into force of this binding regional agreement will allow the strengthening of access rights in environmental matters.

In the same sense, it will allow preventing the environmental costs of the decisions that have to do with the economic development and to improve the management of the multiple socio-environmental conflicts existing in the territory.

For these reasons, we present a letter to the former Ministry of Environment and Sustainable Development and another to the Ministry of Foreign Affairs and Worship, urging the signature and adhesion of the Argentine government to the Escazú Agreement.

Also, through a press release, UN human rights experts urge the States in Latin America and the Caribbean to sign and ratify, as soon as possible, a pioneering environmental treaty for the region.

The experts added that States should adopt, in their strategies to achieve the UN Sustainable Development Goals, an approach that encompasses society as a whole. They also noted that an essential aspect of States’ international human rights obligations is to ensure the protection, respect and support of individuals who raise concerns about the negative impact on human rights, including in the context of the development of human rights. projects that involve companies

“By signing and promptly ratifying this innovative treaty, the Latin American and Caribbean States will reinforce their firm commitment to environmental protection and human rights, and above all, they will send an unequivocal message in favor of multilateralism, solidarity, equality and regional integration, while promoting collaboration with other regions, “they said.

We believe that the entry into force of the regional agreement will be a fundamental step towards achieving a true environmental democracy. Therefore, we urge Argentina and other countries of Latin America and the Caribbean to sign and ratify, as soon as possible, this historic treaty for the region. 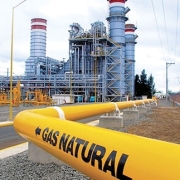 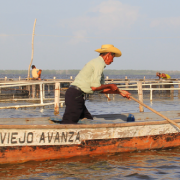 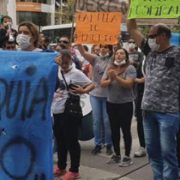 An overview of national environmental projects 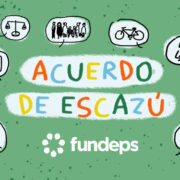 Discussion on “Transparency and Accountability”