The Human Rights Committee approved on October 30 its General Comment No. 36 on Article 6 of the International Covenant on Civil and Political Rights that establishes the right to life.

This pronouncement focused on certain issues such as the abolition of the death penalty, the importance of having solid methods of accountability, the protection of the rights of persons deprived of their liberty and the protection of defenders. of human rights against reprisals. The Committee opposed a restrictive interpretation of the right to life and stressed that people have the right to enjoy a life with dignity. In addition, its members highlighted the link between the right to life and the obligation of States to prohibit war propaganda and hate speech.

The right to life before the interruption of pregnancy

With regard to States and their power to adopt measures regulating the termination of pregnancy, the Committee noted that such measures “should not result in the violation of the pregnant woman’s right to life or her other rights under the Covenant,” such as the prohibition of cruel, inhuman or degrading treatment or punishment. Therefore, all legal restrictions that limit women’s ability to undergo an abortion should not, among other things, endanger their lives or expose them to physical or mental pain or suffering. ”

In addition, it indicated that States parties should “facilitate safe access to abortion to protect the life and health of pregnant women” and “should not regulate pregnancy or abortion in a manner contrary to their duty to ensure that women do not they have to resort to dangerous abortions. “In this sense, the Committee understands that States” should not adopt measures such as penalizing the pregnancies of single women, nor apply penal sanctions to women who undergo an abortion or to the doctors who perform them. they attend to do it “.

In addition, she said that “excessive or humiliating requirements should not be established for women who wish to have an abortion,” and concluded that “[t] he obligation to protect the lives of women against the health risks related to dangerous abortions requires States parties to guarantee women and men, and adolescents in particular, access to information and education about reproductive options and a whole range of contraceptive methods. States parties should also ensure that pregnant women have access to adequate health care services, both prenatally and post-abortion. ”

This statement is added to a list of expressions that different human rights organizations have had throughout the year regarding the situation of abortion in our country and in the world.

On June 1, the Committee on the Rights of the Child, the body that oversees compliance with the Convention on the Rights of the Child, issued its Final Observations for Argentina. There, he was forceful in urging the State to ensure “access to safe abortion services and postabortion care for adolescents, ensuring that their opinions are always heard and duly taken into account as part of the decision-making process.”

In the same vein, before the bill of voluntary interruption of pregnancy was discussed in the Chamber of Deputies on June 13, the Working Group on the issue of discrimination against women in legislation and in the practice of the UN through a letter congratulated Congress for its consideration of a bill that decriminalizes the termination of pregnancy in the first fourteen weeks, and urged that this project be approved. “We welcome the important step that is being taken to guarantee women all their human rights, including the rights to equality, dignity, autonomy, information and bodily integrity and respect for privacy and the highest possible level of health. , including sexual and reproductive health without discrimination, as well as the right to a life free of violence and not to suffer torture and cruel, inhuman or degrading treatment, “the Working Group had expressed.

After the legislative debate, the same Working Group deeply regretted that the Argentine Senate rejected the bill that would have legalized abortion in the first 14 weeks of pregnancy, and described the decision as a missed opportunity to promote women’s rights in the country.

Something similar happened with the Committee of Experts of the Follow-up Mechanism of the Convention of Belém do Pará (MESECVI) that greeted and congratulated the Chamber of Deputies of the Argentine Nation for the approval of the bill in the month of June. After the rejection of the project by the Senate, the MESECVI expressed its regret and argued that “[t] he approval of this law would have constituted a significant advance in the consolidation of women’s rights in accordance with the spirit of the Convention of Belém do Pará, since it not only sought to guarantee their sexual and reproductive rights, but also to protect women’s lives, their physical and mental integrity, and their fundamental freedoms. ”

Finally, just over a month ago, the United Nations Committee on Economic, Social and

Cultural Rights concluded the fourth report of Argentina on its implementation of the International Covenant on Economic, Social and Cultural Rights. There he highlighted the high numbers of dangerous abortions in Argentina and the obstacles to access to abortion in the causes foreseen by the current law, such as the lack of adequate medicines and the negative impact of the conscientious objection of health professionals. In addition, it recommended the provision of contraceptive methods throughout the territory, as well as the adoption of effective measures for the implementation of causes of non-punishable abortion in all provinces (as established in the FAL ruling) and access to medicines that allow a safe interruption of pregnancy. It also recommended the regulation of conscientious objection in order not to obstruct the rapid and effective access to abortion, with dignified treatment by health professionals for patients seeking access to abortion services, as well as not criminalizing women who resort to abortion. practice.

All these pronouncements published in 2018 are added to a long list. For years, international human rights organizations have called attention to Argentina and the rest of the world on the standards of protection they must comply with regarding the sexual and reproductive rights of women and pregnant women. It is important to understand the dimension of these expressions: international experts are pointing us the way towards legislation on abortion that respects the commitments assumed in each of the pacts and treaties that Argentina has ratified. 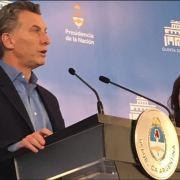 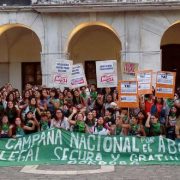 Abortion is law: New judicial defeat for the anti-rights sectors 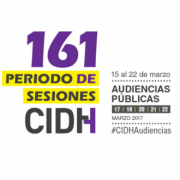 Organizations request spaces for participation in the Federal Council for T...

The Network of Organizations Against Corruption met
Scroll to top