We are against the “Precios Esenciales” program recently launched by the national government. This plan negatively impacts on the rights to health and adequate food and, consequently, we demand its redesign from a human rights perspective that contemplates the standards proposed by international organizations.

On April 22, the national government launched “Precios Esenciales”, a program that contemplates a freezing of prices of 64 products of the basic basket divided into 14 categories, for 180 days. The same would be available in more than 2550 points of sale and the products would have to be identified with a sign similar to the one that identifies “Precios Cuidados”.

We analyze the program putting in tension the following points: the integral approach and the methodology used to establish the basic basket; the way in which this program is structured; and the communication strategies of the national government in these matters.

In the first place, given that the plan contemplates products from the basic basket, it is necessary to rethink the methodology with which it is elaborated. Thus, serious public policies should be planned inter-institutionally and with a cross-cutting approach of human rights, integrating international standards proposed by international organizations such as the Pan American Health Organization (PAHO) and the United Nations Organization for Food and Agriculture (FAO). It is stated that this program does not take into account the recommendations and standards on healthy eating set by prestigious health organizations and human rights organizations. On the contrary, it seeks to deepen an obsolete model of thinking about the feeding of the population in detriment of the effective enjoyment of the human rights of the citizens who are in worse economic situation. In addition, it is estimated that these plans should reflect the regional, environmental, and economic-social diversity of each of the Argentine provinces within our federal system of government.

Secondly, it is clear that around 50% of the food products that make up the plan fall into the ultra-processed category and almost 40% are optional foods or alcoholic beverages. In this way, they warn that the policy of “Precios Esenciales”, theoretically aimed at containing the inflationary process and reducing its impact, could be promoting the purchase of low-nutritional foods and alcoholic beverages. Given the worrying scenario of excess weight in the population, it is considered necessary that, on the contrary, the State advance with regulation based on scientific evidence that seeks to discourage the consumption of unhealthy products and encourages the consumption of foods with high value nutritional.

Third, emphasis is placed on the importance of communication to the population on these issues and, particularly, on the use of front labeling; which, according to numerous studies, is the most effective in identifying products with a high content of critical nutrients, providing better information in a short time to consumers and favoring the selection of healthier foods. Likewise, this type of labeling is prioritized because it is the most understood by children, adolescents and people with a lower educational level, which is central to contemplate the perspective of inequity in public policy and protect especially the groups in the most vulnerable situations. vulnerability, who are the ones who suffer from obesity, malnutrition and chronic diseases in general.

For the reasons stated, we demand:

1.- The basic basket is redesigned with a focus on human rights that integrates the standards proposed by international organizations, reflecting the regional, environmental and economic-social diversity of each of the Argentine provinces within the framework of our federal system of government .
2.- Progress with regulation based on scientific evidence that seeks to discourage the consumption of unhealthy products and encourages the consumption of foods with high nutritional value.
3.- Emphasis on communication to the population regarding these issues, using the strategy of front labeling.

Click to see the complete pronouncement about “Precios Esenciales” 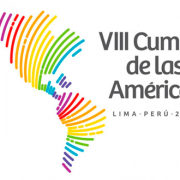 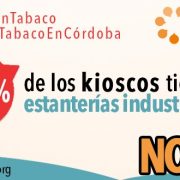 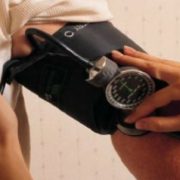 Strategies for an industry that does not want to smoke

Conversation: Investments for Development and Human Rights in Latin America

Entre Ríos: going to school without agrochemicals
Scroll to top