On Monday, August 7, we attended the public hearing convened by Federal Court No. 3 by Dr. Hugo Vaca Narvaja in the amparo promoted by neighbors Barrio Ne Antonio and Inaudi against the Ministry of Energy and Mining of the Nation And the company Porta Hnos. They had the opportunity to speak on behalf of the Public Prosecutor’s Office representing the interests of children and the State Attorney’s Office.

The amparo involving more than 25 neighbors and residents of San Antonio and other people of the Citizens’ Assembly “NEIGHBORHOODS IN DEFENSE OF A HEALTHY ENVIRONMENT – VUDAS” was filed against the Ministry of Energy and Mining of the Nation Of Hydrocarbon Resources) requesting the closure and final closure of the bioethanol plant of Porta Hnos SA They base their claim by stating that the company does not have the legal authorization to prepare biofuel (bioethanol) which should have been granted by the said secretariat and for not having concluded, prior to its entry into operation, the Environmental Impact Assessment process. Subsidiarily, amparists request the cessation of environmental pollution that the activity produces and irreparably affects the environment and the health of neighbors.

It is inexplicable the absence by the State in its different levels of government: national, provincial and municipal, both at the time of urban planning, to ensure compliance with current environmental standards and at the public hearing to listen to the parties and express Your position. But more inexplicable is that it was not the first time. At the end of April of 2015 the local group came to be chained in the headquarters of the Municipality of Cordova to obtain an audience with the intendant Ramón Mestre. They were forced to extreme acts to fulfill their right to be heard and to go to the authorities. Again an absent state.

But not everything has been unfortunate. We had the opportunity to accompany neighbors in this unprecedented audience for Cordoba. Initially, a conciliation hearing was scheduled under the federal law with the characteristic that it was going to be public. The judge then changed the character of the hearing to an information type imitating the proceedings of the Supreme Court of Justice of the Nation in the “Mendoza” case on environmental pollution of the Matanza – Riachuelo River. Having even arranged a mechanism for the participation of third persons, from FUNDEPS we register to take the floor. Finally, between roosters and midnight the judge again changed the character of the hearing to a conciliation so we could only participate as a public.

We emphasize the need to guarantee the right to information, participation and dialogue between the parties involved with the authorities with competence in urban planning, environmental territorial management, control of anthropic activities, setting and control of standards and norms. We also emphasize the importance of taking into account the hazards of this type of industry in light of the precautionary principle and prevention that governs environmental matters (article 4 LGA), because it is located in a residential neighborhood.

At the hearing, where the judge had broad powers to direct it, neighbors had the opportunity to tell the before and after that involved the installation and expansion of the company Porta Hnos and the consequences it brought in its health and quality of life. Then the lawyers, the Public Ministry of Defense and the Prosecutor’s Office were given the floor for fifteen minutes. We consider this instance to be very valuable as it strengthens transparency, citizen participation and public dissemination of this socio-environmental conflict antecedent to Cordoba as the possibility given by the Court to the neighbors.

We believe that it is important to emphasize in these cases the role of the judges in order to guarantee the fundamental rights of present generations and future generations. This is an ideal case to carry out a model of dialogic justice, to seek a structural solution to the conflict, through. The court has the opportunity to establish clear judicial guidelines that address the protection of fundamental rights, such as the human right to a healthy environment, to the health and life of the neighbors of Barrio San Antonio and Inaudi. We trust that this instance allows the claim of neighbors to be effectively heard and that the State, at its different levels, recognize, investigate and solve a complex socio-environmental situation. 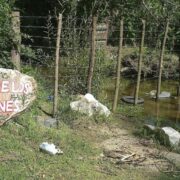 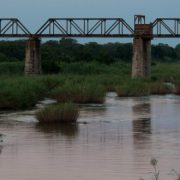 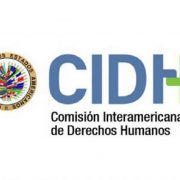