# 8A is the corollary of a long road, full of achievements but also of obstacles. With 38 votes against, 31 in favor, 2 abstentions and 1 absence, the Chamber of Senators, reviewer of the bill of Voluntary Interruption of Pregnancy, rejected the average sanction from Deputies after the marathon session of 13 and 14 of June.

More than 1 and a half million people populated the Plaza del Congreso in Buenos Aires and some 25,000 were in the vigil on the Yrigoyen diagonal of the city of Córdoba. The streets were filled with green once more: songs, hugs, emotions of a multitude of activists who waited expectantly for the result of the vote, but who were also there to give a message to the Senate: let it be law.

The project in question

On August 4, the death of Liliana Herrera was known in a hospital in Santiago del Estero, as a result of an intrauterine hemorrhage resulting from a clandestine abortion. He was 22 years old and had two daughters, 3 and 6 years old. However, this situation did not reverse the vote of the three senators from Santiago: the three votes were negative.

The day before the debate was announced another tragedy: a woman in Mendoza, mother of 5 children, is hospitalized with an induced coma after a 3-day haemorrhage for a clandestine abortion. Senator Pamela Verasay from Mendoza recalled them in her speech and said: “I ask all senators to open their hearts, women are dying. Do not speak for us, speak for future generations. ”

Even in a conjuncture that shows the public health problems that clandestine abortion represents, the rejection of the bill took precedence without proposing an alternative aimed at resolving the problem or the root causes of unwanted pregnancies.

A debate full of tensions

During the day several issues arose that attracted attention. On the one hand, alternative and self-managing means were not allowed to be present and to do journalistic coverage from the premises. Rejecting your accreditation in an arbitrary and clearly discriminatory manner is a serious act against freedom of expression. In the name of formal rigor, access was also denied to several deputies who, weeks before and as a result of their initiative, obtained the average sanction. The same happened with Nora Cortiñas, a reference for the struggle for Memory, Truth and Justice.

There were also moments of tension between the president of the Senate at the time of moderating the exhibitions. On the one hand, we tried to hurry the times of the discussion, arguing security issues that should be provided from the Ministry of Security. Being the responsibility of the Executive Branch to guarantee the conditions so that the debate can develop normally, the pressure for “hour” and “security” issues show the interference of this power in legislative matters. On the other hand, it was generally allowed to extend its expositions to people who spoke against the bill, while the opposite occurred with those who gave arguments in favor, emphasizing the rules of the debate, regardless of the party they belonged to. the exhibitors.

In the Middle Ages we do not return

“With the law, abortions will be cared for, with pills and in health services. Without law, abortions will continue to be clandestine, surgical and risky “sentenced Chaqueña Senator María Inés Pilatti Vergara. And he closed with the reading of a letter from a Cordovan father to his feminist daughter: “I hope you are never at the crossroads of having to decide to have an abortion. I wish (you, all) never have to even think about it. But if by the vicissitudes or the damn turns of life you’re ever in that place and you decide to have an abortion, I’ll fight to have it in the hospital, taken care of, contained and embraced, with ultrasounds, controls and pills. ”

Senator Mirkin, the only legislator from Tucumán who voted in favor of the project, was also forceful in her presentation. “I was voted to legislate and the law is not stony, the law can be changed, it can be improved and thus improve the living conditions of the citizens,” he said.

The intervention of some men attracted attention. For his part, the senator from Chubut, Alfredo Luenzo, said that we are facing “a patriarchal society” and that “we are sexist in recovery.” “When a woman chooses not to be a mother in a difficult and very personal decision, there is no law, state, ethics, nothing to stop her, and we are witnessing that reality,” he concluded.

The Cordovan senator Ernesto Martinez was very clear about the separation that this debate should have of all religious dye. “This is the Argentine Criminal Code. It is neither the Bible, nor the Torah, nor the Koran, nor the Talmud … The fanatics confuse sin with crime “[…] The Penal Code that seeks to modify is the will of the secular legislator who watches over the common good that is not never owned by a single sector, “he said, after making an ironic reference to the words of Buenos Aires archbishop Mario Poli.

The last to speak was Senator Luis Naidenoff, from the province of Formosa, who presides over the Interbloque de Cambiemos. “Abortion is an unwanted situation. The punitive road failed miserably and deepened the underground. Every avoidable death, when the State can intervene, mobilizes us “established. And he concluded: “There is nothing more unworthy than to look to the side and do absolutely nothing […] Those we support know that the State must take charge. The rejection of the law is to look to the side.”

And now, how do we continue?

The rejection of the project is a parliamentary and political decision that does not delegitimize the gains of the feminist movement and especially that does not eliminate the 354,627 abortions that are performed per year, the 41 abortions per hour, nor the 43 women who died during 2017 product of clandestine abortions. By force of militancy, occupation of public space, legislative alliances, digital campaigns and committed journalism, the feminist movement managed to install itself in the national, regional and international agenda. The world echoed our demand and women from various countries, recorded accompaniment videos to the fight for abortion in Argentina, organized marches and rallies in parallel on Wednesday, August 8 in different parts of the world.

The debate about the legal interruption of pregnancy managed to cross the social fabric and break partisan, religious and interest barriers. The map of bridges between lawmakers of antagonistic party forces, meetings between deputies who had never spoken before, alliances and complicities between journalists, militants, employees of Congress, press advisors and each person involved , reevaluated the role of grassroots militancy and dialogue and consensus as useful tools for policy making. The micro-lobbying in each house, the chat with friends, the attempt to “convince” family members, the talks at the table, the circulation of messages in groups via WhatsApp show how the legislative architecture is being put together so that ” be law “be possible. And it is possible because we will continue fighting for it.

But yesterday this immense force failed to bring down one of the most installed powers in our country. One of the sectors that operated most forcefully in the final stretch, was (ron) the (s) Church (s). The conservative Catholic and evangelical sectors were those who put pressure on legislators, convened marches where the idea of God was central in their posters and invited speakers to talk to them who misinformed in the same line.

In this way, a theme that appeared as collateral and not planned, was the separation of the Church and the State. Parallel and in addition to the struggle for legal abortion, the struggle for a democratic debt was opening up: the true Lay State. The creation of a new handkerchief – this time in orange – as a symbol and the beginning of a new struggle that goes hand in hand with that of the freedom of our bodies, is taking shape.

Today and always, women will continue to abort because the separation of pleasure and reproduction is fundamental. Because motherhood is a choice and not an obligation or a state punishment made under threat of imprisonment or fear of death. 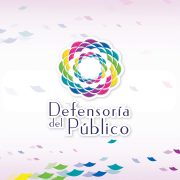 Comparative analysis of the regulations of IFIs present in Latin America