In recent weeks there have been repeated pressures to advance against the few remaining native forests in the province of Cordoba. We defend freedom of political and artistic expression and we demand a participatory and technical discussion that assures an adequate protection of our forests.

By the end of 2016, and thanks to the mobilization of communities and civil society organizations, it was possible to extend the treatment of a forest law project that was intended to be approved without adequate discussion. That project would have meant a clear weakening of the protection to native forests in our province.

From FUNDEPS, we developed a document with numerous legal and environmental critiques of the bill. The criticisms marked the clear weakening of the environmental protection of the forests as well as the existence of a process non-transparent and non-participatory. Both points violate the National Law of Minimum Budgets for the Protection of Native Forests

Some of these criticisms had already been raised in a joint document between the Environmental Forum, FUNDEPS and other institutions that rose to the government in response to the position of CARTEZ entitled “Producing conserving and conserving produce”. Neither CARTEZ nor legislators who presented the project responded to the technical questions that were posed to that position.

Instead of taking advantage of the extension of the discussion period to generate a participatory space or to respond to the legal and technical questions that were made to the project, from the agricultural sector is pressed to get a rapid approval of the bill. It is accused of setting positions without scientific basis when from that sector could never answer the questions that were sent. Likewise, artists such as José Luis Serrano and Raly Barrionuevo are especially under pressure to mobilize against the few remaining native forests in our province. In a statement, CARTEZ strongly criticized Doña Jovita and Raly Barrionuevo for accusing them of “generating confusion” and defending “extreme ideologies”. As a reply, José Luis Serrano challenged the ruralist entity to answer with “scientific arguments” the doubts raised by the Environmental Forum.

In that line and in a surprising twist, journalist Andrés Carpio de Cadena 3 intimately informs José Luis Serrano for his comments regarding the journalist’s description of the March 28 march. The journalist made a strongly negative description of the march describing it in a number much lower than the estimates of the organizers. He also suggested that those who marched did not know well why they did so to the extent that there was already a decision to postpone the treatment of the bill. It seems that in the journalist’s position, the defense of native forests and the visibility of a popular demand are not enough reasons to publicly manifest in a peaceful way.

In that context, the artist José Luis Serrano personifying his character “Doña Jovita” marks his surprise for the inaccurate description of the demonstration against the forest law project. It does so through his character, in an artistic expression and criticism of an inadequate description of a popular mobilization.

We defend the right to free expression and artistic expression with connections to rights and social demands. We are opposed to pressures against public demonstrations. We also strongly reject the use of legal mechanisms to limit the critical positions of public figures. 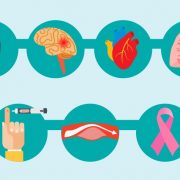 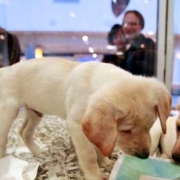 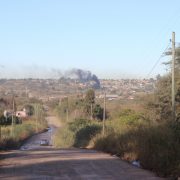 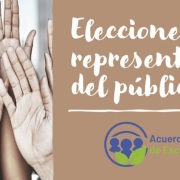 Representatives of the public will be elected under the Escazú Agreement 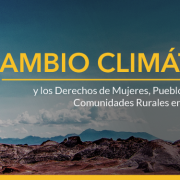 A delicious villain, food and industry
Scroll to top