The federal judge of San Nicolás, Province of Buenos Aires, Carlos Villafuerte Ruzo, ordered “a restrictive and exclusion limit” of 1095 meters for ground spraying and 3000 meters for aerial spraying with pesticides, herbicides, insecticides, phytosanitary products, fungicides, and any other package of agrochemicals in the city of Pergamino.

The head of Federal Court No. 2 that investigates pollution with agrochemicals in the city of Pergamino, province of Buenos Aires, extended a precautionary measure that had been issued in the same case, ordering on this new occasion to suspend aerial spraying at a distance 3,000 meters from the urban area and 1,095 meters for land applications. The prohibition includes the use of pesticides, herbicides, insecticides, fungicides, and any other package of agrochemicals, such as glyphosate and its derived metabolites, atrazine, triticonazole, metolachlor, acetochlor, chlorpyrifos, imidacloprid, disetil, 2.4D; and commercial formulations such as ROUNDUP FULL II, ROUNDUP MAX II, ROUNDUP ULTRAMAX.

On this occasion, the judge considered that the reasons for ordering the original resolution had not changed, where a prohibition of 600 meters would be established provisionally, until studies on the health of the population were carried out. In this sense, new genotocixity studies were incorporated into the cause where the “presence of genetic damage in the organisms of people” was confirmed. The resolution said the studies found “glyphosate in the blood and urine of people, with an increase in blood markers of chromosomal damage.”

The cause was opened by the impulse of neighboring Florencia Morales and Sabrina del Valle Ortíz, who detected the poisonings in the Villa Alicia neighborhood, both referents of “Mothers of Fumigated Neighborhoods”. Throughout the cause, various tests were incorporated that demonstrated the environmental risk involved in the use of these products and their impact on human health. Given all this, the federal judge understood that these evidences, in principle, were sufficient to have as configured a danger of damage to health and the environment. Under the guideline of the precautionary principle, he argued that “in the absence of scientific certainty regarding the safety of the products discharged for the population of Pergamino justifies the extension of the measure already arranged and in the intended distances, since it is not possible to avoid that it is an extremely delicate and sensitive situation, the health of children and adults in that region being at stake”.

The Judge also assessed the results and evaluations carried out by the GeMA Research Group – Genetics and Environmental Mutagenesis – of the Department of Natural Sciences of the National University of Río Cuarto, in charge of Dr. Delia Aiassa. In one of their works, the researchers evaluated the level of damage in the genetic material of children in the city of Marcos Juárez, province of Córdoba. To this end, they studied three groups of children residing at different distances from the spray zone: less than 500 meters, between 500 and 1,095 meters, and more than 3,000. No differences in genetic damage were found between groups of children residing within 500 meters and between 500 and 1,095 meters. However, the genetic damage of both groups was significantly greater than that of resident children at distances greater than 3,000 meters, thus suggesting that the 500 meters of shelter indicated in art. 59 of Law 9,164 of the province of Córdoba (Law of Agrochemicals) are not enough in localities that are surrounded by crops where agrochemicals are sprayed.

In April 2019, the same judge Carlos Villafuerte Ruzo ordered to suspend the application of agrochemicals in four fields surrounding three neighborhoods of Pergamino, determining a prohibition distance of 600 meters from the houses. There, the neighbors had reported serious health problems in children and adults. The judge’s decision was based on a study by the Experimental Agricultural Station (EEA) of the National Institute of Agricultural Technology (INTA) Balcarce, which resulted in the presence of pesticides in the water. From the Municipality they requested that a new analysis be made to the Water Authority of the province of Buenos Aires which, unlike INTA, concluded that the water was suitable for human consumption.

Although the presence of agrochemicals was found, it was detailed that they were below the parameters considered hazardous to health. Faced with these two reports, Judge Villafuerte requested a new study from the Toxicology team of the Supreme Court of the Nation, which confirmed that Pergamino water is contaminated with 18 types of agrochemicals. This result coincides with that shown by INTA Balcarce. This new report clarifies that the examination of the specialists of the Court was carried out based on liquid evidence and not on the reports already prepared that are part of the criminal case.

The three neighborhoods where water pollution was reported are: Villa Alicia, Luar Kayard and La Guarida. Villafuerte Ruzo in his ruling had urged the Municipality to immediately guarantee the provision of drinking water in these neighborhoods.

The Pergamino case and its subsequent ruling at the hands of the Federal Justice, generated that in the province the courts also handed down similar sentences. Such is the case at the town of Exaltación De La Cruz, where a recent ruling by Buenos Aires justice ordered the banning of sprays less than a thousand meters from the ground. 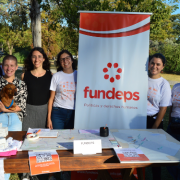 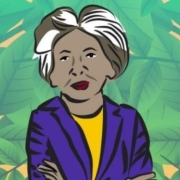 We exhibited at the ALADAA National Congress about the role of the AIIB in the...