The “Declaration by Academia within the framework of Cartagena +30” was presented this past Friday, October 31st, at one of Brazil’s universities, Universidad Católica de Santos. The document puts forward the position of Latin American academics with regards to shelter, forced migration and the region’s migration, in general. FUNDEPS actively participated in drafting the document, aside from producing the Spanish translation.

Thirty years ago, the 1984 Cartagena Declaration on Refugees was drafted (see: Fundeps takes part Cartagena +30). The Declaration by Academia was created within the framework of the Cartagena Declaration’s 30th anniversary, and will conclude at a Ministerial Meeting in Brasilia, on December 2nd. Cartagena +30 is a process of review and reflection on the refugee policies and 3rd and documents of Latin America and the Caribbean.

It is inspired by the 1984 Declaration, which set out to adapt the current, international legislation of the time, to the needs of the regional context.The Declaration by Academia was created following the initiative led by Liliana Jubilut, Chair at UNISANTOS, together with the contribution of 40 institutions from different countries as well as 119 professors and researchers.

The purpose of this declaration is to put forth the academia’s position regarding the issues faced by forced migrants and refugees in Latin America and the Caribbean, as well as their recommendations on how to improve on such issues. The document also focuses on prioritizing human rights over security plans of States, while creating a humanitarian space in the region.At the 30th anniversary meeting for the Cartagena Declaration on Refugees and Forced Migrants, the declaration was read and was subsequently presented to Andrés Ramirez, the United Nations High Commissioner for Refugees (UNHCR) representative in Brazil, and to Virginius José Lianza da França, the general coordinator of Brazil’s National Committee for Refugees (CONARE).

We at FUNDEPS have contributed ideas such as gender mainstreaming to the declaration, so that the diversity of those who seek shelter and are forced to migrate is taken into account. Moreover, suggestions were made to include environmental issues when granting shelter, in order to incorporate natural disasters and the consequences of human activity. Other points established include non-refoulement to be understood as jus cogens, and the creation of joint workplaces between the Academia and civil society, with regards to these matters. 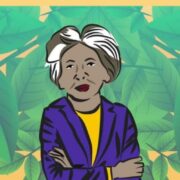 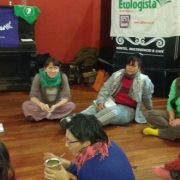 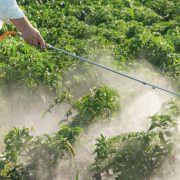 Extraordinary agreement reached between the Ministry of Health of Mendoza and...

Second International Conference on Nutrition (ICN2): An important step towards...
Scroll to top