An update of the National Protocol for the comprehensive care of people entitled to legal termination of pregnancy was published yesterday in the Official Gazette.

The Ministry of Health of the Nation approved by Resolution N ° 3158/2019 the third update of the guide that contains the guidelines and standards of care for cases of abortions allowed by law. The first protocol was prepared in 2007, and was updated in 2010 and 2015, where it incorporated the provisions made by the Supreme Court in the FAL ruling of 2012.

On this occasion, the update was carried out in the light of the new Civil and Commercial Code, which was sanctioned in 2015, particularly with regard to minors and persons with disabilities. In addition, it contains the latest recommendations regarding medical procedures recommended by the World Health Organization.

The Protocol aims to “guarantee the dignity and rights of every person capable of gestating and, therefore, potential subject to the right to ILE, when his life or health is in danger, or is taking a pregnancy as a result of a violation, regardless of whether he is a person with or without a disability. ”

It is based on the principle of autonomy of people, so it requires informed consent from those who require access to practice. On consent, the new protocol introduces some new features:

In addition, the protocol foresees the application of the principles of progressive autonomy (it is the development in time of the capacity for decision-making. This principle must be taken into account to encourage the participation of girls and boys in decision-making ) and of the best interest of girls, boys and adolescents (it is the maximum satisfaction, integral and simultaneous of their rights and guarantees).

In the cases of children and adolescents victims of rape, the protocol clarifies that justice should only intervene to protect them from the situation and for the punishment of those who committed the abuse, but this situation should not constitute an obstacle for them to access to practice It is not a requirement that justice be consulted or a judicial authorization is requested for the interruption, since it is a responsibility of the health teams and is made at the request of the patient.

The situation in the provinces

The FAL ruling, in 2012, urged the national State and the provincial states to provide the necessary conditions to carry out the legal interruptions of pregnancies in a fast, accessible and safe way. In this regard, it required that they develop hospital protocols “for the specific care of abortions not punishable in order to remove all administrative or factual barriers to access to medical services.”

Currently, there are 6 jurisdictions that dictated their own protocols: Chubut, Autonomous City of Buenos Aires, Neuquén, Río Negro, Buenos Aires and Córdoba. In the latter province, however, it was suspended by a legal action filed by the Portal de Belén organization to prevent its application. Fortunately, the lawsuit ended this year, resolving the dispute over its constitutionality and its validity.

Unfortunately, there are still 7 provinces that do not have their own regulations or adhere to the Nation’s protocol, and these are Santiago del Estero, Tucumán, Corrientes, Mendoza, San Juan, Formosa and Catamarca.

In this context, it is clear that the right of women, girls, adolescents and any person with the ability to gestate to access the legal interruption of pregnancy (ILE) in the cases provided by law is still very difficult and still faces numerous obstacles .

In addition to the effective implementation of this updated protocol, throughout the national territory, it is necessary to continue advancing in the recognition of rights, towards the decriminalization of abortion and the legalization of voluntary termination of pregnancy. 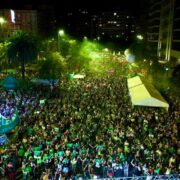 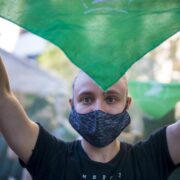 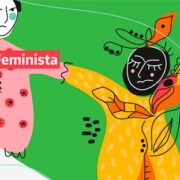 Debates around the Feminist Economy from the sustainability of life 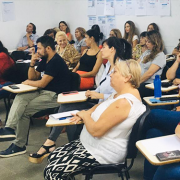 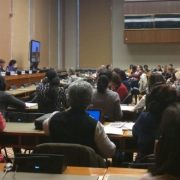 Córdoba, a proposal to update the law on access to public information
Scroll to top