Since 2021, Argentina officially integrates the Asian Infrastructure Investment Bank. For our country, the AIIB represents a new multilateral source of financing for strategic sectors such as infrastructure, energy, telecommunications and transportation, among others. However, the AIIB is a little-known bank. How does it work and what are the implications for the country of joining this institution promoted mainly by China? We present a new report with the analysis.

On March 30, 2021, Argentina’s membership of the Asian Infrastructure Investment Bank (AIIB) was made official. The AIIB officially began its activity in October 2014. It is a new multilateral development bank promoted mainly by China with a focus on investments in infrastructure, especially aimed at emerging countries. Its Asian origin does not limit its actions to a single region, since the Bank has a large number of member countries in other continents and projects financed in South America, Africa and Europe.

The model proposed by China has distinctive features. The dominant feature is that the investments are focused on infrastructure, connectivity and industrialization, marking an important difference with Western development financing entities that, in recent times, have oriented their loans mainly to institutional reforms, health projects, education or fighting against poverty, among others.
In this way, it postulates an interesting alternative for the financing of an infrastructure that is largely in deficit in Latin America and, particularly, in Argentina. For our country, the AIIB represents a new multilateral source of financing for strategic sectors and opens an opportunity to help solve its historical deficits in terms of infrastructure and connectivity. For its part, with still little participation from Latin America, the Asian Bank is consolidating itself as a viable option for the region in light of development goals. To date, five effective Latin American members are reported: Argentina, Brazil, Uruguay, Ecuador and Chile.

From its origins, the AIIB was presented as a different option to the historical Western multilateral development institutions such as the World Bank, the IDB or the International Finance Corporation (IFC). However, the AIIB has implemented a regulatory and operational framework very similar to that of those institutions, including policies for access to information, accountability, and environmental and social regulation to authorize disbursements. In turn, it contemplates cooperation and co-financing with other multilateral banks, such as the World Bank and the Asian Development Bank, adhering to their regulatory frameworks.

Despite this, since its entry into operations the Bank has received criticism from various sectors of civil society and affected communities that have questioned its actions in different development projects and even certain weaknesses in its regulatory framework.

In this sense, the implications that admission to the AIIB may have for Argentina depend largely on the type of relationship that the country establishes with the institution and the way in which it manages to take advantage of the potential financing resources for infrastructure that the Bank can provide. . Likewise, it is necessary to avoid repeating the problems related to public participation, access to information and socio-environmental impacts that have historically been associated with development projects financed by multilateral banks.

Given the general ignorance that exists in the country about this institution, it is important to analyze in depth what the Bank consists of, how it works and what the true implications of Argentine membership may be. To contribute to this objective, from Fundeps we present a report that analyzes part of these questions.

The incorporation of Argentina to the Asian Infrastructure Investment Bank – Fundeps was approved
Argentina, one step away from becoming a member of the Asian Infrastructure Investment Bank – Fundeps
Are the brothers united? Profiling of the Sino-Argentine relationship in the government of Alberto Fernández – Fundeps
The role of the AIIB in the New Green Silk Road – Fundeps

Argentina continues to bet on nuclear plants with Chinese financing 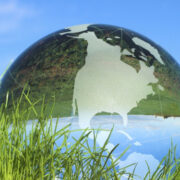 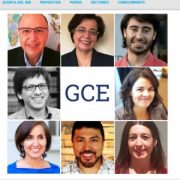 STRENGTHENING OTHER ECONOMY(S): Guide for self-managing organizations
Scroll to top