The editorial “Girls mothers with capital letters” of the newspaper La Nación begins extrapolating the struggle of the “green scarves” (in reference to the Campaign for the legalization of abortion) with the example of girls who decided to carry out their pregnancies.

The text abounds in stereotyped notions of motherhood, speaking of “mother instinct” and “what is natural in women”. In addition, minimizes and naturalizes sexual abuse in childhood, describing as “nothing desired or desirable” the “way in which pregnancies were born”, but extolling those girls who took them forward, highlighting that it is “admirable and exciting to see unfold the maternal instinct. “

“Admiration towards the mothers girls, madrazas by the way. Sadness for the “abortionist grandmothers” who happily did not achieve their criminal purpose, “the text continues, describing as” criminals “those” grandmothers “(mothers of rape victims) who make effective the right of their daughters to access the legal interruption of the pregnancy due to the violation.

It should be noted that shortly after the note was published, numerous organizations and organizations of civil society expressed their rejection. Amnesty International Argentina stated that the publisher is unaware of the human rights of the girls and that most of the girls under 15 in our country “are forced child pregnancies as a consequence of situations of sexual abuse and violence that seriously affect the physical and mental integrity of girls. ”

In the same sense, UNICEF said that “pregnancy in childhood is not linked to the” maternal instinct “, it is sexual abuse and therefore pregnancy is forced. Adults (family, State, institutions) are responsible for protecting girls and boys from sexual abuse. “

The General Advisor to the City of Buenos Aires, Yael Bendel, also made public his position and said: “It is very serious that in times where girls’ infanticide, sexual abuse and as a result, pregnancies resulting from these abuses , there are editorials like these that banalize and romanticize these serious crimes. As a body for the protection of rights, we repudiate all the terms of this note. Because they violate rights. Because more than celebrating the dramatic consequences corresponds to prevent violence and punish criminal behavior.

Also, many workers in the media expressed their rejection of the note and manifested in their personal networks stating: “As a worker of LA NACION I reject the words of the editorial” Girls Mothers with capital letters “. A pregnant girl is a raped girl. # GirlsNoMothers “.

The same medium through his digital newspaper was expressed hours later listing the aforementioned criticism and rejection of the publisher in question. “The NATION regrets that the text has been interpreted as a somewhat tolerant message towards child abuse, something that, as the editorial itself pointed out, is obviously repugnant,” concludes the note, which far from making a request for Appropriate apology with the corresponding rectification, attributes the discriminatory, stereotypical and apologetic message of the editorial to the mere interpretation of the reader.

In the document that is attached, all the violences in which the editorial note is incurred are exposed, as well as the abusive reproduction of notions contrary to human rights. These behaviors carried out by the media are constituted as media and symbolic violence, and are a dangerous tool to misinform and create behavioral values ​​that are harmful to citizens.

Document Criticism based on the note “Mothers girls with capital letters”

Abortion is law: New judicial defeat for the anti-rights sectors 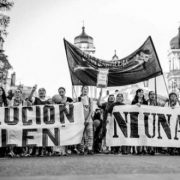 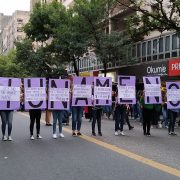 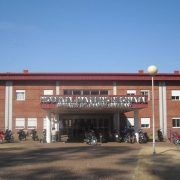 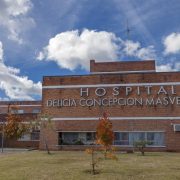 Criticism based on the note “Mothers girls with capital letters”...