By virtue of Eduardo Feinmann’s homo-hateful expressions about the person, life and work of a CONICET researcher, from the Fundeps Gender and Sexual Diversity Team we decided to report this case to the Public Defender’s Office and the National Institute against Discrimination , Xenophobia and Racism (INADI).

On Thursday, April 11, during the broadcast of his television program on the national air channel A24, journalist Eduardo Feinmann violently exposed a speech by Facundo Nazareno Saxe, researcher at the National Council of Scientific and Technical Research (CONICET) and the Research Institute in Humanities and Social Sciences of the National University of La Plata. Taking as a reference the paper ‘Queer memory and anal cartoon: when the comic opens our asses (and we like it)’, Eduardo Feinmann said “It impresses me. A shame. These are the researchers who then complain ?, “Create something called ‘ñoquicet.” The contemptuous tone that the journalist used to denigrate the researcher’s work around the queer perspective and respect for diversity, as well as his sexual orientation, showed in himself the marked homo-hateful look that he reproduced through a massive medium Communication.

Not only did he present the researcher Saxe’s speech in a violent way, but he also exposed it, sharing his personal data and social networks, which allowed some people to access and reproduce a series of messages full of hatred and threats towards him. his way of being and thinking.

This finding made by the driver and journalist was not casual either, since it was carried out in a context in which the cuts made by the National Government to CONICET and the crisis that science was going through in our country were news. In this way he made a homo-hateful political use, taking the image of Facundo Nazareno Saxe and his investigations to criticize CONICET and in this way justify the budget reduction and lack of policies regarding it.

Making and using this type of homo-hate messages is not only violence and discrimination, but also in a context in which there is a great reaction against all the advances of conquered rights such as the Law of Equal Marriage and the Law of Identity of Gender, is extremely harmful because of the hatred it generates and endorses.

It is important to remember that, according to the report of the Argentina LGBT Federation, in 2017 alone there were 103 assaults, murders or acts of physical violence motivated by an act of discrimination based on sexual orientation, expression or gender identity. Added to this, we must consider that the Trans population of the Argentine Republic has an average life expectancy of about 32 years and that we still do not even have trans labor quota laws (except in the province of Buenos Aires) to be able to guarantee minimally basic rights that have historically been denied to them.

For all these reasons, we consider that this was a clear case of media and symbolic violence in accordance with the definitions of Law 26,522 on Audiovisual Communication Services, which in its Article 70 establishes that “the programming of services provided by law must avoid content that promote or incite discriminatory treatment based on race, color, sex, sexual orientation … or that undermine human dignity … ”

We understand that the media have an undeniable responsibility in the construction of citizenship, since they are not only opinion makers, but also endorse and legitimize practices of society.
The symbolic violence expressed through the media promotes its reproduction and bases other forms of gender violence, so we reject the statements of Feinmann, insist on the need to train journalists in gender perspective and in the treatment of this case on the part of the competent bodies. 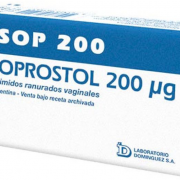